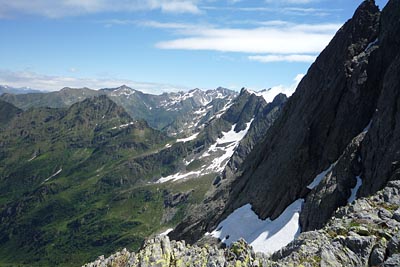 What I am most glad about of today’s hike is that we decided to do it on Saturday rather than Sunday. It was one of those knackering experiences that need at least one decompression day of complete relaxation to restore the body from the exertion. And as if the climb were not gruelling enough I did it in the wrong boots.

It was only after I’d parked the car and wanted to change my shoes that I realised that I’d only brought one of the pair. That’s because I had intended to call on the cobbler’s during the week and see if he could mend a tear in my usual hiking boots. I had put the right shoe in the car together with another pair of leather boots with a detaching sole, also to fix. On Friday night, thinking I had two pairs, I didn’t bother to check up, and I found out too late that I had one and a half: my old military boots with a loose sole and one shoe of the pair I usually hike in.

No choice about it then: I had to hike in my military boots! After 6 strenuous hours on a steep trail, I could feel the stiff leather kill my ankles, the tip of the boots beat on the toenails and every single seam stamped into my flesh. I can’t believe I wore those shoes during my draft year from the time I got up at dawn till mid-afternoon end of service. If I was thinking of having them mended, this hike served one great purpose: make me change my mind irrevocably about it.

We started at Carona and firstly took the trail that climbs up to Rifugio Longo at 2,026 m. It is already a 1,000 m drop, but our goal was to reach the top of Mount Aga, looming dark over the refuge and the small lake just above it. In the end we had to content ourselves with getting to Passo di Cigola, though, because from that point onwards it was hard snow and we didn’t have crampons. It was the last 200 m and we felt deeply sorry about not making it to the top, once we’ve made the moral commitment and set it as a goal. Still I must say that straddling the saddle at 2,500 m let us enjoy rather a panoramic view, with the gaze reaching down the valley towards the south and across Valtellina over the Raethian Alps to the north.

Some people did try to clamber to the top without crampons and reached it, but we didn’t feel safe after another hiker warned us that the hard snow didn’t allow a safe footing and he was giving up. From the Passo the ascent becomes very steep indeed and falling over would mean sliding all the way down the iced snow field that is as hard as rock. A certain death. 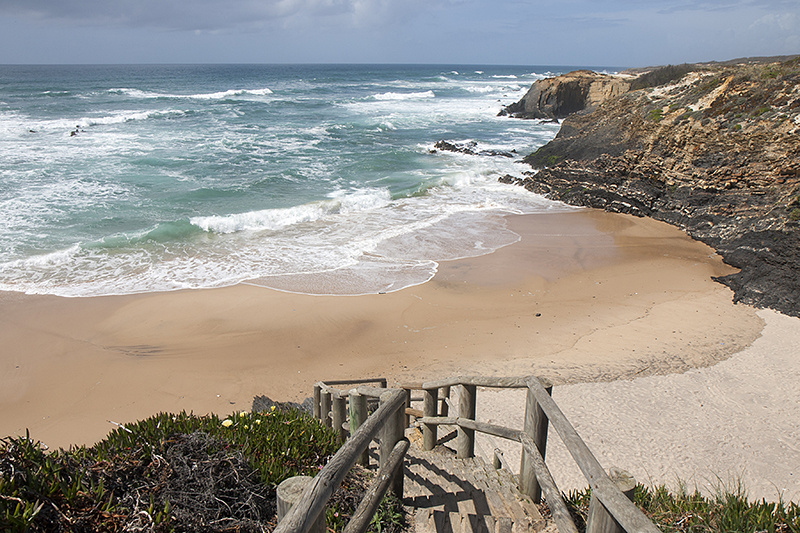