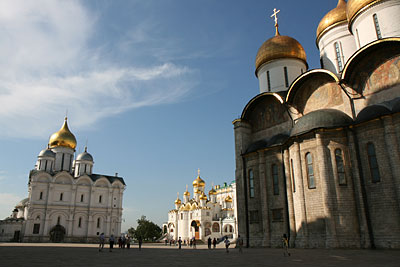 When I walked out of the train station into Moscow city for the first time I noticed that many people in the streets had an unexpected central Asian type. The former citizens of the Soviet republics, now well settled in the Russian sphere of influence both politically and linguistically, turn to their former capital for more lucrative work possibilities. Some even come as tourists. But Moscow, in spite of being the capital city of the whole of Russia, finds itself at the centre of a small portion of its huge territory, indeed the most densely populated, but still in the first and westernmost of its nine time zones.

Another large swathe of central Asia is – rather unwillingly – incorporated into today's China, which has extended its clout in a westward direction with the result that the Chinese state is now lopsided to the West with regards to its capital Beijing – in the same way as Russia is to the east. This internal colonisation has in both cases brought about the blotting out of local cultures to the advantage of that of the rulers, for the sake of the conqueror's national interest.

However, Moscow these days seems to have been overridden by its own nemesis. The train station area was more likely to be a face of Tashkent than the heart of the Russian capital. So, in order to re-establish the correct order of things today I decided to go for the emblematic centre of any Russian city, the Kremlin, which in the case of Moscow coincides with the seat of the federal government.

I arrived at the entry gates early enough to avoid the crowds of visitors and actually was among the first to step into the beautiful square surrounded by four ethereal cathedrals. Their gilded bulb-shaped domes shimmered in the morning sun and their whitewashed walls lining the multi-angled space cut themselves against a pure blue sky. The colours were those of a winter scene composed of ice palaces that had survived the end of the cold season and were resisting well into the summer heat. But with few people around and the awareness of being on top of a hill, I was also under the illusion of being suspended in a heavenly world.

The colours were those of a winter scene composed of ice palaces that had survived the end of the cold season and were resisting well into the summer heat.

In fact, the otherworldly shapes of the domes, sinuous curves that formed a bulge and then tapered into a slender spike, lost themselves in the blue, but for the gilt crosses that were held down by beaded strings tied to the four sides of the bulb. What is more, by virtue of a magical reflection of sunrays on the gold surfaces, the top of the churches seemed to sublimate into thin air and a strange uplifting effect of light deluded me into believing that it emanated from their very roof plaques. 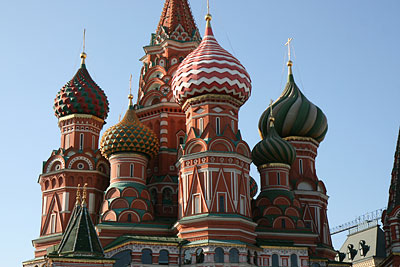 Colours are a peculiarity in Russian architecture. Apart from the white used in religious buildings, there are other colours that can hardly be found anywhere else, ranging from pastel hues to surprisingly bold colours. For instance, the Armoury Palace has a cream background with white window niches and pillars that seem to partake of the spiritual world of the white churches nearby, but it stands in great contrast with the Kremlin walls painted a dark brick red. On the very Red Square the State Historical Museum matches the red of St. Basil's Cathedral on the opposite end, but this religious building is then topped with the most incredibly shaped and coloured domes that form a whirlpool of candy floss and garish cake icing.

It is only the sober grandeur of Soviet rationalistic buildings that add a touch of restraint to the ramblings of older architecture. Only Stalin's Seven Sisters stand out both for their height and boisterous neo-Gothic style with an unmistakable red star on the top spire. 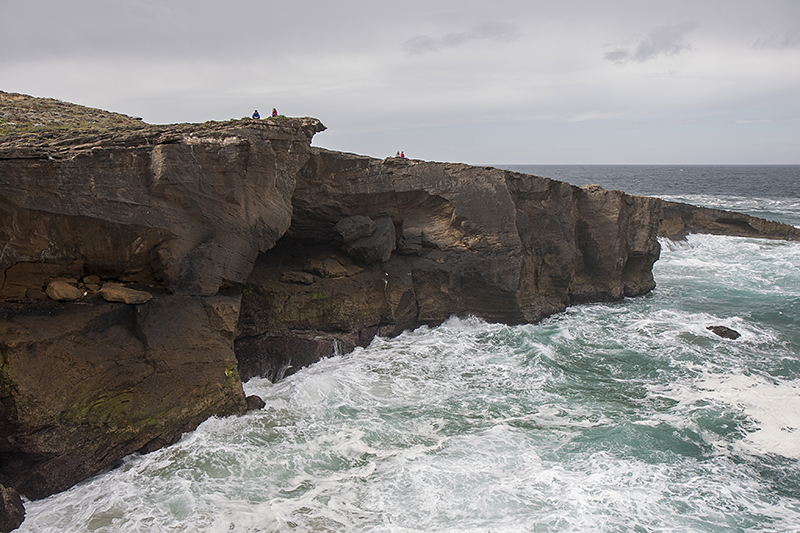