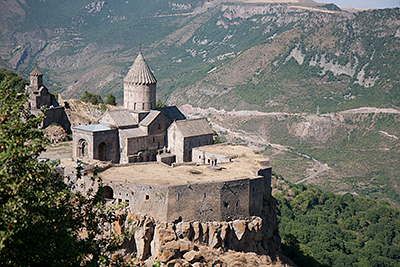 I left Yerevan heading for the southern province, and was dropped at the crossroads to Tatev. By that time, I had realised by talking to other people that I'd been grossly overcharged by the ticket tout before departure. The other passengers looked as much amused as I was, as I tried to obtain justice with the driver. But he was adamant, he had nothing to do with the matter, and I should rather turn to the man who had pocketed the money, a given Johanis, whose phone number I carefully wrote down in preparation for the settling of accounts.

The way to Tatev monastery was still rather long, but with no public transport. I got a lift from a man who was driving a strange middle-aged Polish tourist with rather dry manners. As we went she and the driver discussed something in Russian.

When we got to the cable car, the lady, who was already very disappointed for having to wait ages for a lift in Goris and eventually having to hire a taxi, nearly had a fit of nerves because it was not working on a Monday. The only way to get to the monastery was go down the valley and climb up the opposite side, possibly in another car. The woman angrily announced she would return to Goris, and performed an about-turn, dismissing the driver. I walked a little further on the dusty track and soon a man picked me in his car. Although he was heading to the monastery too, he had absolutely no idea the road descended to the bottom of the valley and climbed up on the other side in a series of narrow hairpin bends. I showed him the enlarged map of my GPS and once convinced, he set out on the rough track.

The building is perched on the rim of a precipice and the already stunning architecture is enhanced by this extraordinary location. If you walk along the road you can catch a charming view of the monastery and the valley immediately below. When I returned to the grounds, surprisingly, the Polish lady had also arrived. I entered the church and she followed me, but without even waiting for her eyes to adjust went out grumbling that photos would be rubbish in that darkness. I stayed inside, and slowly the richly carved stones appeared under the beams of light from slit windows in the walls. A great dome overhung my head, dwarfing me in this shrine of massive stone.

That woman's motive for travelling was probably not visiting, I observed, but rather ticking places off her mental list. It was funny how she'd given this inspiring place only a very perfunctory look, shooting a couple of photos with her cheap camera and then rushing away. But maybe her most important motive was saving as much as possible, which, as a Russian speaker, she had an edge in. Well, I'm pretty sure that if that car picked me up, she must have made the driver stop in sight of me eventually sharing the fare.

When I emerged into the bright sunlight, the Polish woman approached me, and in search of sympathy she vented her irritation on me. She blamed herself for making the biggest mistake in her life, which I refrained from asking about, certain as I was it had to do with the mismanagement of her daily budget. In fact, after a short gap in the conversation, she spontaneously added she'd have to save food money in order to make up for the squander on the taxi fare, which incidentally I had contributed to pay.

A nice Georgian couple and then the newly appointed head of the police department gave me successive rides to Goris where I found myself a nice hotel. There are strange volcanic pinnacles scattered on the hillside and a nice museum, where the lady warden gave me explanations in French given that her daughter was a gynaecologist in Paris. As a bonus, I was also entitled to a handful of plums for her tree. 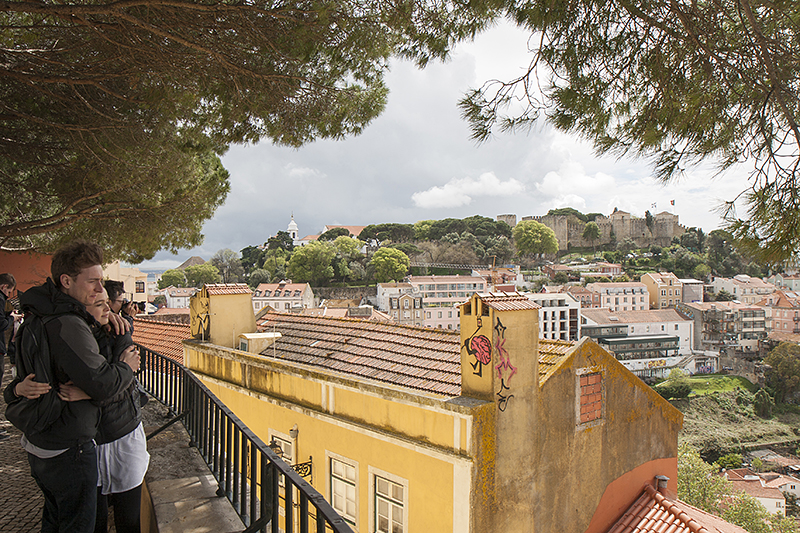